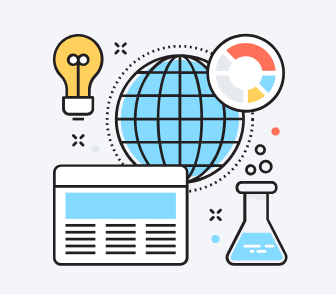 With a President-elect Joseph Biden taking office on January 20th, many people are wondering about potential tax law changes. Mr. Biden has not produced a single comprehensive tax plan, probably by design.  Instead, his proposals have been gleaned from various sources, including a tax-related document on his website, statements made during the campaign, and the Biden-Sanders Unity Tax Force Recommendations.

Mr. Biden has said that he would seek (1) increased taxes for regular corporations, (2) somewhat higher income taxes for individuals making over $400,000 and perhaps bigger tax hikes for those making over $1 million, (3) a return of estate and gift taxes to “historic norms,” (4) modest tax cuts for lower and moderate income taxpayers, and (5) payroll tax increases for high earners to shore up the Social Security system.

With the government’s nearly $4 trillion of 2020 pandemic related borrowing, an amount representing about an entire normal year’s budget, and with more to come, it does seem that some level of tax hikes are in the cards.  But dealing with the health and economic impacts of the pandemic will undoubtedly consume much of Mr. Biden’s time for his first year, most likely putting comprehensive tax legislation on the back burner. And the still unknown balance of power in Congress also plays into speculation about the likelihood, extent, and timing of Mr. Biden’s tax proposals becoming law.

Mr. Biden has signaled a desire to make the following tax law changes:

In terms of proactive planning, taxpayers may want to consider accelerating income if they can do so in a manner that is not otherwise detrimental, but should not act rashly.  Similarly, if it becomes likely that the special capital gains rate will be eliminated for people earning over $1 million, that may be a reason for those potentially subject to the higher rate to trigger gains sooner. Most importantly, taxpayers should pay attention to forthcoming tax discussions in Congress.  As proposals are negotiated and revised it may be easier to make educated guesses about what is likely to be enacted and the resulting risk and opportunities.   At that point, logical tax planning strategies may become clearer.

Learn about the IRS limit changes for 2023.
END_OF_DOCUMENT_TOKEN_TO_BE_REPLACED

A Charitable Deduction: One More Way to Reduce your 2021 Income Taxes

Learn how to make the most of your charitable deductions before the end of the year!
END_OF_DOCUMENT_TOKEN_TO_BE_REPLACED

Find out more about the new stimulus package and if you qualify for benefits!
END_OF_DOCUMENT_TOKEN_TO_BE_REPLACED